When my sister and I were little, our mother made many of our clothes.
(Clearly one of us was destined to become an entertainer, the other a woodworker.)

The relationship between custom and costume referred to in my previous post is telling in several ways.

First, as the history of the word “costume” makes clear, custom work should take into account the character of the context for which it’s made. Consider an old house–say, a Craftsman bungalow from the early 1920s. This is not to say that everything made for the house has to match the original millwork, but it should at least be premised on careful observation of any existing fabric that defines the place’s character–and I am talking about that particular place, not some vague notion of “Craftsman” style you once heard about on HGTV. Like any style (or sub-style), Craftsman was expressed in widely varied ways.*

Even if you decide to build something completely different from what was there originally, it’s important that you open your eyes and think about what’s around you instead of simply imposing your ego. Sometimes this entails seeking out precedent for some detail you’d like to include; sometimes it means crafting a narrative based on available evidence to provide a rationale for your design.

The same goes for updating an interior based on current fashion. Removing the crystal knobs from a 1920s fir built-in and replacing them with something “mid-mod” from the big box home store will not make your cabinet croon “I’m Noguchi’s cousin.” Instead it will scream “Get me out of here. I feel like a Catholic priest in a brothel.”

Come into my playpen. A colorful garden-themed kitchen from the 1940s.
GIVE ME THE STOVE.

Second, as with costuming or custom clothing, custom cabinetry is made to fit. Whether or not it is actually attached to the walls, floor, or ceiling, it is sized with its destination in mind, not built to standard dimensions.

Beyond dimensions, custom cabinetry is customarily shaped to conform to irregularities in its surroundings by means of a process called scribing. When I was first learning to build furniture, my stepfather mentioned this process. All I could think was, What? I’ve taken all this care to build the thing and now you want me to make it fit that out-of-level wall? Cruel and unusual!

Finally, custom cabinetry should be made to serve the needs of its users. By this definition, incorporating a wine rack into a set of kitchen cabinets for a couple of teetotalers (as one respected designer in my town proposed to do several years ago) is not custom work; nor is designing cabinets with a counter height of 36″ when your client is 6’7″.

Without such consideration, you may well be designing to order, but you should consider using an adjective other than “custom” to describe your work.

This post relates to the book about kitchens I am currently writing for Lost Art Press.

Part 3 will be a case study.

*The book I’m writing will include copious discussion of ways to put this point into practice. For theoretical perspectives on this and related matters, see Giving Preservation a History, edited by Max Page and Randall Mason. You may also be interested in a book of essays on historic preservation that I edited several years ago, Historic Preservation in Indiana: Essays from the Field. Although the essays refer primarily to examples in Indiana, they deal with principles and strategies that are widely applicable. 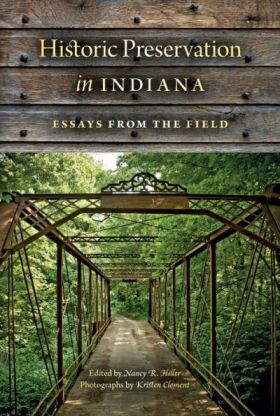 This entry was posted in Women in woodworking. Bookmark the permalink.